During the summer of 2003, Drew went on an LVI cruise to Alaska where he first heard Bill Dickerson speak, as well as many other dentists who had at one time been in similar unfulfilling practice situations.  Bill and the others spoke of how they not only took charge of their professional destinies, but were able to treat headaches, TMJ problems, as well as many other issues through the incredible science of neuromuscular dentistry.  This was the revelation that Drew had been looking for as to how to achieve the practice of his dreams.

Inspired by what he had seen and heard, over the next four years Drew left his partnership, moved back to Canada, associated with another LVI dentist, and finally purchased his own practice.  All the while, Drew continued to invest in his education through the Continuum, as well as in the incredible consultants offered through LVI.  In June of 2008, Drew finally opened a solo practice in the small town of Huntsville, Ontario focusing on general, as well as neuromuscular and aesthetic dentistry.  Later that year, he was honored and proud to achieve his LVI Fellowship.

Drew has been very fortunate to have had a number of professional opportunities arise since receiving his fellowship which include: 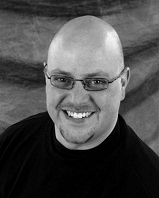 1CEcredit
Using Emotion To Your Advantage By Creating Memorable Moments For Yourself, Your Patients and Your Team

Getting involved in neuromuscular dentistry can be overwhelming on many fronts from learning new clinical skills to redefining team roles and expectations to paying for all of those courses! When challenges arise, it can often be difficult to imagine a point where one will recognize that they have achieved success in any form.